Films by the Year: Viewing Films in Chronological Order 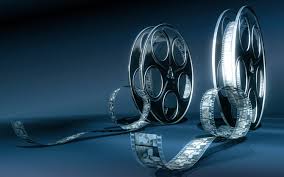 When I subscribed to Netflix in 2006 I started coming up with different ways to populate and order my queue. Eventually I hit on the idea of choosing one film from each decade beginning with the 1880’s, then one from 1890, 1900, 1910, etc. After seeing a film from 2010 then I’d go back to the 1880’s and work my way through the decades again. After doing that for a few years I decided to advance one year on each round. So after watching films from years that end in zero (1890, 1900, ….2010) then I’d start the next round with films from years that end in one (1891, 1901, …2011). The next round starts with years that end in two and so on until I return to years that end in zero. This entails an enormous amount of research. I mostly use imdb.com to locate all the films released in each year and then search the web to find out which films are available for home viewing. I enter those films in the Chronological List of Films. Starting March 16, 2018 I decided to include entries for films that are known to exist but not available for on-demand home viewing, including references in the form of a link to my source of information, as well as entries for films considered lost.

The index is arranged by premiere dates but one may use the search boxes to search for films by title, director, year, production company, country, and availability.  I use special characters in film titles or director names if that is how they appear in their original languages. That means, for example, that if you search for films by the Japanese director Nagisa Ôshima by typing Oshima in the search box the results will not include any on his films. You must type or paste Ôshima or you could simply type Nagisa.

The index is far from complete as I have concentrated mostly on the years 1888 to 1913, 1920 to 1921, 1930, 1940, 1950, etc. I will be posting reviews of films from each year and lists of all the films I found that are available for home viewing. I would like to acknowledge David Bond and Dr. Robert James Kiss for their invaluable and generous assistance with the identification of and accurate information pertaining to many of the films listed in the index.