A Citrate Special is an unidentified prank film included on Ben Model’s DVD Accidentally Preserved: Volume 3,  a collection of rare and lost silent films from vintage 16mm prints. Notes from the DVD state: “The origin of this film are unknown. Possibly made as an in-studio joke, it appears to date from the late teens or early twenties. Although the film and studio location are mysteries, two actors have been identified.” The two actors are Thurston Hall and Martin Wolfkeil. The film itself lists the director as Castor Oil, the writer as Lucy Bowels with titles by Carrie Paper. The length of the film is about 3.5 minutes. 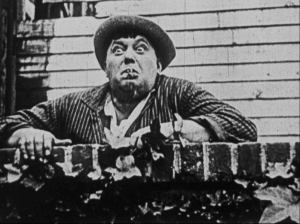